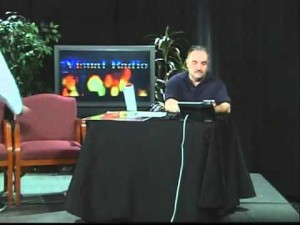 The McGlynn Inventory of spending foolishly is coming your way!  Soon.

Also, big BIG news on our #1 issue on the horizon.  We’re sworn to secrecy but, as always,

you will hear it here first!

Mayor McGlynn can find a million dollars for a park, but he is livid over Six Hundred Thousand Dollars the City Council kept from the budget.   Has the Mayor, Mike McGlynn, considered handing Seventy Five Thousand or more dollars from his bloated paycheck back into the City coffers?  Challenging times need accountable leadership, something to print on Paul Camuso’s forehead with a magic marker.   The City Council can take 10K each and hand back $140,000.00  There’s $215,000.00 – we’re a third of the way there (and, NO, I’m not quoting the Kevin Kline movie Dave, even though it sounds like his solid math.)   Now, after Jack Dempsey’s awful, hideous audio, Dempsey gets fired and 75K is now available, money taken from the Government Channel. Oh, what the heck, Lisa Dunphy and Allison can go find work, there’s another 200K, we’re up to $415,000.00.  This is EASY

God bless Krystle Campbell and her family, and God give the citizens strength to tell the Mayor that a water taxi, a garage, a memorial park and ribbon cutting are not why we are paying him $150,000.00 or more a year.  Have McGlynn fire his daughters from working at the McGlynn school and we get another huge chunk of change for the city budget. Mayor McGlynn is a pure megalomaniac, but not a pure human being.  Charter Review is absolutely essential.  More essential is Charter Change and our form of government.  There are six forms of government in Massachusetts and Medford has the worst.  It’s time for the citizens to unite and put this rogue Mayor and his crackpot Council President in their respective places: boot them out.

Published with  permission of the author.

Mr. Cappucci is responding to a Malden resident, a self-professed “troublemaker” who has no love for Medford and who has given evidence that she’s an obstructionist; in it to just get attention.

We have some serious work to do and distractions from someone who doesn’t even live in the city are to be ignored.

Robert Cappucci
This is by no means an attempt to do anything else but review the Plan A Charter that Medford adopted in 1987. We are one of only a few municipalities that operates under Plan A. Most cities and towns have a Charter Review every few years. It is just prudent to do so as times change, new technologies develop, and to question authority and the status quo. Those of us involved in the present attempt to garner enough signatures are doing so not out of hatred of any one person but out of love for our community. There are no secret meetings and only one meeting has taken place so far. In attendance was myself, Neil Osborne, Jean Martin, City Councilors Michael Marks, and Robert Penta, as well as former Mayoral Candidate, and Chair of this committee to review the charter, Mr. Anthony D’Antonio. Yes, there were many other residents in attendance including Dr. John Storella. A WWII Veteran and conscientious Medford resident who love’s Medford, loves Massachusetts, and loves America. I asked Mr. D’Antonio openly at the meeting, “was Mayor McGlynn invited to this meeting?” His reply was that the meeting was made public and open to everyone. It deeply saddens me that you, Julie, are jumping to conclusions and name calling (“delusional”) without even being in attendance of this meeting and knowing first hand what it is we are actually trying to accomplish. Again, only one thing, a review of the Charter. It is a long process that will take the collaborative efforts of concerned citizens. A process I, and many others, are willing to embrace and engage the Medford electorate and community at large in hopes we can bring a vote to the people to do something that is long past due which is, again, to review the Plan A Medford Charter. You wish to cite us for “hating McGlynn.” I have a few questions, if you please. Where is our dog park? Where is our new police station sorely needed? Where are our excess water rates collected in surplus of over $6 million dollars? Why are we a city of 58,000 understaffed on the police force? Why are our fire stations in dire need of repair? Why are there so many pot holes? Why aren’t our water pipes being fixed? Why has the property tax gone up for 27 consecutive years? Finally, who hates who? Do we “hate McGlynn”??? Or, does he hate us? You decide.