There’s not much difference between ripping off little league children and ripping off kids who want to take computer classes at the public access TV station.   Stanley Komins, charged with pilfering from Little League and Francis R. Pilleri, Jr., the Sr. Messaging Manager of Tufts Health Plan, now told by the AG’s office his dissolution papers aren’t acceptable, need to make restitution to the children of Medford that they ripped off. 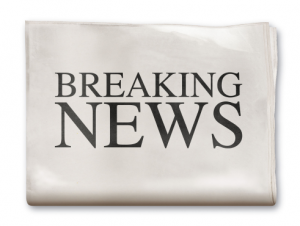 IN A COURT OF LAW DEPOSED TV3 PRESIDENT FRANK PILLERI

COULD NOT PROVE THAT PERJURY  WAS NOT COMMITTED.

As some surrounding communities are aware the “private access” facility in Medford, which took advantage of millions of dollars in cable TV subscriber franchise fees over the past 25 years or more, is now defunct. Frank Pilleri was forced out of his dictatorship at the non-profit when his nemesis, Budget Director Stephanie Muccini-Burke, held back the monies, allegedly for non-performance, and allegedly at the direction of the Issuing Authority, Michael J. McGlynn, the Mayor.
________________________________________
One of the biggest issues here is the Mayor’s failure to lead; the Mayor’s disastrous lack of leadership allowing a liar and thug to control access TV in Medford.  McGlynn should be ashamed of himself for persecuting the community by having an unqualified hack like Pilleri – a known liar – operating the access tv station in violation of the Internal Revenue Code, which is part of the complaint against Pilleri and his accomplices, Arthur Alan Deluca, Harvey Alberg, Ronald Delucia and others.  That they wrongfully used the non-profit in violation of the agreement signed with the city, the violation of the mission statement they concocted and promised to abide by, the violation of the rules prohibiting a 501c3 for participating in political speech.  It’s the proverbial “clean sweep” for Pilleri which helped sweep him and his entrenched cronies out the door.

YA THINK HE’S GOING TO BE HONEST ON HIS RESUME WHEN IN A COURT OF LAW DEPOSED TV3 PRESIDENT FRANK PILLERI
COULD NOT PROVE THAT PERJURY  WAS NOT COMMITTED.

Frank Pilleri lies on his linked in, lying on his “resume” – which isn’t is bad as committing perjury, which Mr. Pilleri, when grilled on the witness stand, couldn’t prove he didn’t commit.

The scandal-plagued career of “embattled” TV3 ex-president Frank Pilleri hit a brick wall in the 1990s when Pilleri’s absurd “barter bucks” fiasco and an alleged sexual harassment claim against the station manager by an employee were the talk of the town.

So if Pilleri WASN’T “president” for the time period in the 1990s when he was removed from the presidency over the alleged financial scandal, why does Pilleri brag that he was “president” for 25 years?   The bigger question being, of course, how the Mayor could allow some red-flagged jackass to get back into power and do far worse things to the community.

Keep in mind, Pilleri is the fraud that the police had to remove from City Hall on or about August 13, 2013 for disorderly conduct.

City Council President Robert A. Maiocco had reached his limit, and – to his credit – he showed tremendous patience on August 6, 2013.  But after Medford Community Cablevision, Inc. clerk Harvey Alberg harangued one of the councilors, the long-time TV3 president, Francis R. Pilleri, Jr., refused to abide by the council rules.  He was so unprofessional and obstinate that Pilleri was finally ejected from Alden Chambers by a member of the Medford Police Department.
^ ^ ^ ^ ^
This was probably a first in Medford, Massachusetts history.  The president of a non-profit being removed by the police from City Hall. In retrospect, it seems even worse than when the shocking event actually took place.  We citizens have to abide by the rules and show respect, so why should the only real members of a tiny group of renegades be allowed to be boorish and disruptive?   When Councilor Robert M Penta asked Harvey Alberg a simple question: “Who is on the board of directors (of Medford Commnity Cablevision, Inc. – a publicly funded entity dependent upon cable TV subscriber monies to exist) Alberg got defensive, loud, angry and went on the attack.
* * * * *
Councilor Paul A. Camuso, seeing an opportunity to help his friends at TV3 out, asked for “unlimited speech” about TV3 – and then to invoke “Rule 21” to shut down all talk about TV3 for the next 90 days.  Not so coincidentally, this council meeting being discussed (Tuesday, August 6) was exactly 90 days to the election scheduled for Tuesday, November 5th — exactly three months from the date of this particular council meeting.
* * * * *
Council candidate James Morse, a frequent blogger on Patch, noted at the last council meeting in July that this is “the people’s forum” and, since we don’t have an access TV station, shutting down any speech before an election is not right.  The City Council is currently our only avenue to discuss issues important to Medford residents.
^ ^ ^ ^ ^
Council candidate Jeanne Martin noted to Councilor Camuso that he, Fred Dello Russo Jr. and Michael Marks are not subject to the harassment that Councilor Rick Caraviello, Councilor Breanna Lungo-Koehn, Councilor Robert Penta and Councilor Bob Maiocco face from TV3.  Candidate Martin – also a frequent Patch blogger – also noted how the Mayor benefits from having TV3 taking less money so that the General Fund can balloon an additional $500,000.00 plus every year from the franchise fee cable subscribers pay being turned into a second tax. Ms. Martin is being paraphrased here, of course, but you get the idea.
* * * * *
No non-profit operating with public monies should behave the way the three board members of MCC TV3 behaved at the City Council on Tuesday night, August 6th.  It was unprofessional.  It was offensive to the citizens of Medford, it was patently dishonest.
^ ^ ^ ^ ^
Harvey Alberg was befuddled in his attempts to keep changing the subject to the distractions the TV3 board had prepared.  Councilor Maiocco called it, rightfully, a “Dog and pony show” and TV3 did itself no favors bullying councilors who only want to know who is on the board of directors, where the meeting minutes are, what the financials are, and why they aren’t operating.
^ ^ ^ ^ ^
Alberg and Pilleri were outraged that the public funding the entity dare even ask where our money is.  But to see a police officer having to remove the self-appointed president of a non-profit public charity, on camera, for all of the residents of Medford to view, backs up what I’ve been telling this community for the past ten and a half years.  The kind of behavior I have witnessed and warned you about you saw on camera tonight.
^ ^ ^ ^ ^
Alberg and Delucia – who call themselves “money managers” while also claiming they engage in sloppy bookkeeping (figure that one out if you’ve ever phoned them looking for advice, which they’ve asked TV3 viewers to do in the past) brought up a Jeffrey Bradley from Indoor Doctor.  Mr. Bradley seemed nice enough, but started using vernacular that went over the heads of anyone listening – a TV3 tactic, for sure, but now they are using someone from out of town to play their game for them.

Check out the Indoor Doctor here:
http://www.youtube.com/watch?v=a3eFHiGaYnc (Preview) (Preview) (Preview) (Preview) ^ ^ ^ ^ ^
Upset that their “president”, Frank Pilleri, was removed, the Vice President, Ron Delucia, approached this writer and displayed pure anger. I was definitely cautious when he came near.  Delucia blurted out a vicious expletive aimed at me, so I immediately reported him to the officer who had removed Pilleri.
^ ^ ^ ^ ^
That the Indoor Doctor was being paid by TV3 to be there – and had to experience the invective hurled at me by the vice president, while watching the president of the corporation that hired him be removed by the police department, must have been a new experience, and not a good one.
^ ^ ^ ^ ^
In 2013 we need an active TV station to have a discussion of the issues.  Patch is fantastic for Medford residents to read about potholes and empty storefronts and the Cradock bridge issue and the Medford Housing Authority and the swimming pool at the high school, but the television platform we pay for is as essential – if not more essential – for election 2013.
^ ^ ^ ^ ^
But on August 6, 2013, four months after they went off the air on April first, the three-man “board of directors” (is that even a quorum?  Of course it’s not!) wanted to talk about mold.  When a Councilor asked if they were paying the Indoor Doctor to be there TV3 replied “yes.”
^ ^ ^ ^ ^
We pay a franchise fee to have a station that is fully operational. It is not  to use the money to bring in an expert on mold to try to pull the wool over the eyes of Medford residents as to why we don’t have the TV station that we pay for.  On January 19, 2008 there was supposed to be an election of a new board oF TV3.  Frank Pilleri shut down the election, as I told City Hall he would, as I had inside information.  Had the election happened, we would have a fully functional TV station today.  But the individual removed from City Hall last night by a member of the Medford Police department decided he didn’t want to let go of “his” access TV station.  News flash to Frank Pilleri…it is not your station.  You don’t fund it.  You yell at Council President Bob Maiocco about “Free Speech” when you have censored many, many, many Medford residents with impunity.
* * * * *
We need a new access tv station.  When the President of a non-profit is removed by the police from the podium of Alden Chambers, when an alleged business professional cannot behave at a public forum like the rest of us, that is when Mayor Michael J. McGlynn has to finally tell Mr. Pilleri that the party for him is over

___________________________________________
In Cambridge District Court on Mystic Valley Parkway in Medford on or about June 30 or July 1 2009, Frank Pilleri was found by the Honorable Judge Timothy Gailey to not be able to prove he didn’t commit perjury in a  fraudulent filing (allegedly one of many) to the Secretary of the Commonwealth in filing the corporate documents with Pilleri’s signature.  Gailey wrote: “This assertion of perjury was not proved to have been false.”

Isn’t that like John “Zip” Connolly bragging that he was an accomplice of Whitey Bulger’s?

Judge Jackson-Thompson noted to the Issuing Authority, Mayor McGlynn, that Pilleri was operating a private “MCC Access”, to the detriment of the community.  She reflected former board member Joseph Fortunato’s claim that Pilleri was operating “Private Public Access” or “Public Private Access”  prior to Mr. Fortunato being pushed out the door (or made uncomfortable enough to leave), as were Patrick Fiorello, Doreen Wade, Vincent Mase, Chrissy Barthelette, Allison Goldsberry, Matthew Haberstroh, Dr. William Wood and his wife Carolyn Rosen, John Costas, Robert DeNitale, City Solicitor Mark E. Rumley (a Mayoral appointee), Mayoral Appointee Phyllis Buccio-Notaro, Christopher Donovan, Anthony Giglio, John Byers and many, many others.*   (*please note that Haberstroh, Barthelette and Wood were allegedly “advisers to the board”, Byers and Rosen were not affiliated with the board whatsoever, to my knowledge)

YA THINK HE’S GOING TO BE HONEST ON HIS RESUME WHEN IN A COURT OF LAW DEPOSED TV3 PRESIDENT FRANK PILLERI
COULD NOT PROVE THAT PERJURY  WAS NOT COMMITTED.

MORE TO COME.  BLOCKBUSTER INFORMATION ON THE EX BOARD MEMBERS OF TV3 MEDFORD AND WHAT CONSEQUENCES APPEAR TO BE AHEAD FOR THE FORMER ‘ENTRENCHED CRONIES.’

Frank Pilleri Must Make Restitution …this is part 1. Pilleri ripped off the children of Medford. Denied cablecast of a hockey game for his own personal vendetta and amusement. Now Frankie Pilleri must pay the check for his wrongful conduct.