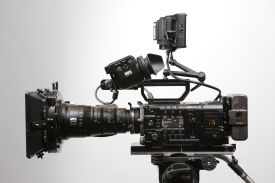 Embattled outgoing mayor, Michael J. McGlynn, loathes transparency and access television.  A source tells me he was speaking to McGlynn and the lame-duck mayor told the access veteran “I hate public access.”  Those in Medford know that all too well, the Mayor seeing how Vinny Piro’s election hopes in the 1980s went down like the Hidenburg.  The entire TV3 fiasco is a metaphor for McGlynn’s 28 years of dictatorship.

On Inauguration Day in Medford, January 2, 2012, School Committee member Robert Skerry told me “everything will change” (in regards to local televised media.)   What he was talking about was Verizon coming to Medford, a contract Mayor McGlynn signed with Verizon on February 3, 2012.    The Mayor’s promises have yet to be delivered – here is is August 12th and we still don’t have the School Committee and City Council meetings on Verizon; we don’t have either of them on Comcast’s ON DEMAND, despite Medford being one of the six cities in the nation to be participating in Comcast’s Project Open Voice (Made In Medford).   Are residents  supposed to just be quiet, complacent and not rock the boat?  Wait until the “powers that be” deliver on those promises?

All due respect to Bob Skerry, a nice fellow with a good heart, things have not changed, and we need powerful voices like Bob Skerry’s as well as other people on the School Committee and on the City Council to let the Mayor know in no uncertain terms that this kind of failure to lead is unacceptable.

Let’s discuss Project Open Voice.   If you have Comcast press Channel 1, the ON DEMAND Channel.   You will find 10 icons (Top Picks, Search, TV Series, Movies and six more) on the first page, scroll down to the bottom where it says More v Choices  (the “v” is an arrow down), click down and you get 10 more icons (HD On Demand, Sports & Fitness etc).  Go to the 8th icon, GET LOCAL and press it.    You will now have 10 more icons inside “Get Local”, those being Red Sox On Demand, What’s New?, 92.5 The River Live (which is a great place to check out!   Adam Ezra Band and Air Traffic Controller live at the River Music Hall, both with Malden residents in their respective groups) and 7 other icons…just go all the way to the bottom again to More v Choices.

Go to More v Choices and there are only two choices: Latino and Made in Medford.  Click on Made in Medford and three new icons pop up:  Public Access, Family and Community.   These sites on the ON DEMAND are from the online website http://madeinmedford.com part of http://projectopenvoice.com

Today, August 12, 2012, there is only one program on Public Access, it is a 123 minute (two hours, 3 minutes) 2012 Graduations (High School and Vocational), available until August 30, and it is free.   On Family you will find a free 6 minute vid of Marine Corps veteran Danielle Marcellino demonstrating her extreme workout routine while on Community a free 5 minute profile of Berklee Music College student Gia Green available until September 14th.  Click on the icon to get a full paragraph on the program.

It was my understanding that Project Open Voice – which Comcast is reportedly spending tens of millions of dollars on – would have dozens of channels On Demand created by the community and broadcast on television in our community.   Here’s where it gets vague and troublesome.

The City Council expected that Timothy Kelly, Sr. Manager of Gov’t & Regulatory Affairs at Comcast was going to speak to the citizens – and the Council, in Alden Chambers this past June.   There won’t be another meeting of the City Council until September 18.  There was supposed to be a big blast-off for Project Open Voice in Medford.  Have you seen it?   The party’s been canceled, and unceremoniously.   Medford residents not getting what we’ve been promised, Medford residents getting their Free Speech restrictions.  And you know where they are coming from, don’t you?   If you’ve followed these columns since June you are aware that the individual in the corner office at 85 George P. Hassett Drive, Michael J. McGlynn, is standing in the way of your ability to enjoy what you are paying for.   He’s smiling in a flowing robe when you click ON DEMAND  Made In Medford Public Access.   The students are there, but you are not!

The other 5 cities participating in http://projectopenvoice.com  Fresno, California; Houston, Texas; Peterborough, N.H.; Philadelphia, PA  and Hialeah (outside of Miami) Florida are front and center on the page.  Medford has slipped down to the very botton, next to “CONTACT US” on the bottom right hand of the page.  Click on Visit our Test Site to see the obscure place Medford, Massachusetts has been relegated to.

Now it’s not that the people at Argus, the outside contractor helping us develop Medford’s Project Open Voice, aren’t nice people…they are.  David Lubell, April and Toyin have been very helpful.  And Tim Kelly is a friendly enough guy for a government agent…sorry…for a Sr. Manager of Govt. & Regulatory Affairs  (be careful! He was the staff director at the Mass. House of Representatives bettween ’97 and 2003)…but this is so important to Medford residents that Mr. Kelly owes it to us to visit the Council (hopefully, September 18th) and tell residents why every channel on Made In Medford isn’t accessible ON DEMAND, Channel 1.

You can visit  Community on Made in Medford and see my interview with City Councilor Robert Penta http://www.madeinmedford.com/community

You can visit Recreation to see my interview with Medford band Await Rescue http://www.madeinmedford.com/recreation

You can visit the Government channel on Made In Medford http://www.madeinmedford.com/government  as well as Public Access, Education, Family and Events.

We want our Made in Medford party.  We want to be put back on the front page of Project Open Voice, and we want all our shows ON DEMAND.  It’s not too much to ask of a company satisfying an FCC mandate as part of their compliance due to the Comcast purchase of Universal/NBC.   “Project Open Voice was created to satisfy specific requirements as mandated by the FCC during the Comcast-Universal/NBC merger in 2011. Comcast’s goal in this project is to “broaden the discovery of local content, including public, educational and government (PEG) programming… and to address the questions of the diverse demand for local content in different communities and the variety of ways to deliver it.”

To “broaden the discovery” isn’t – in the opinion of this public access veteran whose first show was broadcast in 1979 – cloning YouTube.  We can do that on our own.   Comcast delivers content to our TV set.   We want our LOCAL CONTENT delivered to our TV set.  Let’s face it, ON DEMAND is a jungle, and if Comcast cannot put all our Made In Medford content on the ON DEMAND perhaps we need our own MADE IN MEDFORD CHANNEL on the television.  It’s an information superhighway with few cars currently on it.  Comcast needs to give us our own channel for Project Open Voice / Medford to succeed.

For the 71% of Medford that gets Verizon, you also get programming from Stoneham, Wakefield, Hudson, Melrose and Malden.  Though, technically, not the “contiguous” channels we were promised, channels from cities / towns touching Medford (Arlington, Winchester, Everett would certainly be appropriate), citizens finally have an opportunity to see how other access stations broadcast their town/city council meetings, their educational channel, their local access.  I’ve been saying it for years, I want residents to compare and see what is available in this city and what is available elsewhere.

My next essay will expand on the Verizon access broadcasts in Medford.

Joe Viglione can be reached at  Visual_Radio{@}yahoo.com