Review of Committee of the Whole with Stephanie Muccini Burke  Wednesday, February 24, 2016

Your chief of staff was fired, removed from City Hall on February 6, and 18 days later Mrs. Burke would rather think about her Feb 28 fundraiser than the elephant in the room: Why an attorney that worked with Burke on the embattled campaign to be Mayor suddenly was disappeared like a junior varsity head coach, unceremoniously booted, sayonara, don’t call us, we won’t call you! 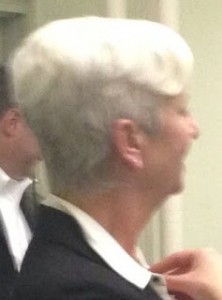 Citizens need a mayor not so self-absorbed as to tell the city council “I only have a minute left” after she talked at, not with, them and then skedaddled like a junior varsity head coach disappeared by Samantha Stevens and I Dream of Jeannie (not THAT Jeannie, the real Genie in a bottle)

As I reflect on the future of this great city, I couldn’t help but look at the impact Medford has had on my life and how it molded me into the person I am today. I grew up in Wellington and graduated Medford High School; my husband Brian and I started our family on Belle Ave