Joe Viglione, called by one lawyer “the Avenging Angel of Access TV” shut down TV3 Medford with hard work, courage, and with the community in mind.

What I envision for the Medford community is a space which allows for the creation of content without the fear of being physically assaulted as the previous station would either threaten or actually commit; without the fear of being sued, harassed, stalked at your home or office.  What transpired under former Mayor Michael J. McGlynn and transpires through the whims of the current mayor, Stephanie Muccini-Burke, are gangster-like tactics which abuse the public both funding the station and paying these alleged “public servants.”

Medford pays for better service, and Medford deserves and will have better, even if it means the incarceration of Stephanie Muccini-Burke, her violent  city clerk Edward P. Finn (“He’s not MY clerk,” Mrs. Burke said to me at LaCascia’s Bakery in May of 2017, throwing the unstable and highly temperamental Finn right under the bus,) the vulgar husband of the mayor – Brian S. Burke, the hostile and erratic City Solicitor of Medford, and members of the Medford City Council and Medford School Committee who put cronyism first and public service second.

Years ago long-time Medford City Solicitor Mark E. Rumley said to producer/writer Joe Viglione “No one would do this (the effort to free access,) for himself; you are doing this for the community.”  Indeed, yet we now have evidence that the person standing in the way of free speech, the architect of censorship in Medford, was none other than Solicitor Rumley, and how unfair is that? 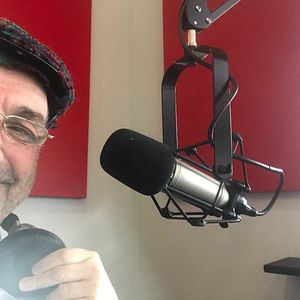