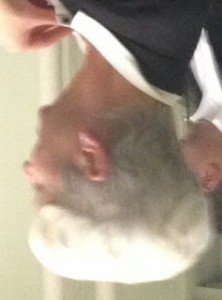 Medford Massachusetts Has Had Enough.

With questions swirling about the 2015 election – one of Muccini-Burke’s invisible “transition team” bragging around the city that he stole the election for Burke, why hasn’t the Federal Bureau of Investigation looked into the allegations?

How does a woman as unqualified as Muccini-Burke stay in office?      You would need corrupt members of the Medford City Council supporting her, and at least two councilors – Adam Knight who flagrantly promotes himself as the chosen one from embattled Teamsters Local 25 (5 members indicted during the election; Sean O’Brien with a suspension for threats on his record – not the kind of people you want to meet with in a dark alley,) and Fred Dello Russo, Jr., the anti-social Jekyll and Hyde who smiles and shakes hands as an undertaker and, presto change-o, becomes a socially inept moron as a human being after hours.

Dello Russo “looked like he had lost his best friend” one council colleague noted after Dello Russo was pummeled in the primary.  How the hell does such a joke of a councilor who has rarely, if ever, filed a motion or resolution – who essentially doesn’t do the job the residents demand and deserve – how does someone so inept with very little advertising, rebound in the general election?

That’s simple – it is clear that there was funny business with Election 2015, a stolen election, with unpopular candidates magically getting in when the citizens of Medford, utterly frustrated, did not vote for those individuals.

The FBI was alerted in July of 2015 that the election would be stolen. Mayor McGlynn stuffing positions on boards and commissions that he had let lapse for years, frantically working to elect Stephanie Muccini-Burke, her robo-calls smearing and defaming the popular opponent.

Day #134 of 2015 finds so much alleged infighting at Medford City Hall that it reportedly makes Captain America: Civil War look like a day at the beach.   Mike Nestor purportedly wearing shorts, sneakers and no socks to work at the DPW, just part of the sick joke that Muccini-Burke and McGlynn played on the city by having an election where a computer chip raised doubts about the honesty of the election.  Then there was City Clerk Ed Finn flipping out on June 16, 2015, a stalker harassing a journalist on June 12th and 13th – the victim obtaining a restraining order against the then 58-year old ex marine who had spent 17 months defaming and threatening him, invading his privacy, casting vicious aspersions, finally ending up at the man’s home to frighten his household.

May 13 is the 133rd day of the year (134th in leap years) in the Gregorian calendar. There are 232 days remaining until the end of the year.

Since the stalker was aligned with Medford Community Cablevision, Inc. and, prior to the restraining order on her, was voted off of a board of directors of a 501c3 for harassment, it becomes clear that the events with the stalker (who was never arrested by the police in Medford and Malden, despite numerous complaints filed on her,) and the city clerk can’t be coincidence.   Especially – in retrospect – when the current “mayor” has a vile and disgusting husband – an assistant clerk at Superior Court, who called the victim a vulgarity when the victim was set to be the back-up videographer at the Great Debate, which assistant court clerk Brian S. Burke’s wife lost in spectacular fashion.

Stephanie Muccini-Burke lost the great debate, and, in a panic, was non-stop polling to see how many votes she was behind.  The huge turnout for her opponent at Montvale Plaza on two occasions, her poor turnout at Bistro, and city councilors being elected when their popularity was at an all-time low, raised suspicions among residents.

Now Muccini-Burke is staffing her Administration with payback, quid-pro-quo, her son’s girlfriend, a former city councilor’s wife, her campaign manager’s wife, positions going to allegedly unqualified people and a corner office in chaos.

If ever a woman needed to be impeached it is Stephanie Muccini-Burke, vindictive and hell-bent on retaliation, she is now going after former colleagues like Captain Ahab chasing the great white whale. It is sick.  Rumor has it she is paranoid, looking for leaks, and ready to use her authority – not to better Medford – but to dish out vengeance.  Her unbalanced husband allegedly stated on November 3 after the election was allegedly stolen “Payback begins tomorrow.”

Does that sound like a sane man?  And he’s an Assistant Clerk of Courts under Michael Sullivan.   Brian S. Burke allegedly told one victim “I have a hit list,” making the victim feel like he was #1 on the list (certainly that would make this journalist #2.)     So while Muccini-Burke is harassing one good officer of the law, some of his colleagues on the police force are ENABLING Muccini-Burke’s retaliation.   The Attorney General and the District Attorney and Nell Escobar Coakley, the editor of the weekly paper, have all insulated the crazed woman who has hijacked the corner office.

But there is hope, despite these tremendous odds against residents, Muccini-Burke’s partner-in-crime, School Superintendent Roy E. Belson, is facing irate parents and hundreds of signatures to put a plan in place for a new school superintendent.  Rumors about Belson and Muccini-Burke covering up a serious sex incident at the high school demands answers.  The parents want answers and Roy E, Belson and Mrs. Burke have, thus far, refused to properly answer a public records request on a varsity coach who left the school June 30, 2015.  It could be the one thing that finally brings down the entire gang of thugs.   Did Muccini-Burke and Superintendent Belson engage in a massive cover-up over a sex scandal?  That’s the question parents will be putting to Roy E. Belson over the next couple of weeks.

“The office is currently reviewing the action taken by the common council at the special meeting,” County Attorney Sam Vederman said in a press release. “I ask that all citizens remain calm and engage in respectful discourse while the review process occurs.”