When a Medford resident lost his life partner, a man who had lived with him for close to two decades, the most traumatic moment of the man’s life, one person made a phone call to see if he could be of assistance.  The man who had the integrity to reach out to a constituent in that constituent’s time of need was Robert M. Penta.

Without Bob Penta’s assistance in helping make the funeral arrangements, I absolutely don’t know what I would have done.  It was inconceivable of me to think that a crisis of this magnitude would be upon me when life was good and getting better.  Two guys who would have dinners at Carroll’s, Bickford’s, Bertucci’s, Joe’s American Bar and Grille, Applebees, the 99s, Outback in Medford and in Burlington – we had our rotation of dinner establishments and had great conversations with the members of the staff at each restaurant.   We had our vacations planned for 2014, we had lots of plans, but one very cold week in the winter of 2014 ended a partnership of two guys who just got along so very well.   As a lovely woman at one of the restaurants said “He was the yin to your yang.” 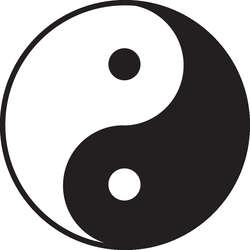 In ancient Chinese thought, the concept of two complementary and opposing influences, Yin and Yang, which underpin and control all nature.
In traditional Chinese philosophy and medicine, the goal is to have a proper balance of such forces.
A woman who I invited as a guest to Paul Donato’s breakfast at Anthony’s was divorcing her husband.  I was closer to her but always got along with her husband, so we had breakfast together a few weeks ago, he and I.  He has a new girlfriend, she has someone else, but we wanted to stay in touch on our own now that their lives had changed, as had mine.   He, an attorney, has a sharp mind, so I posed a question.  “We had a commitment to stay together forever.  When he passed on did he make good on the agreement?”  My friend said “He didn’t have a choice.”   Wise man, good answer.      I kept the passing as private as possible as my friend was a very, very private man.   Me being outgoing, into rock and roll, he being quiet and introspective, and into classical music, it really was a pairing of opposites that worked wonderfully.